Leaving TSA… and 5 important things I learned along the way

This article was written by Emma Skulander 2 months after leaving TSA for a role as COO of Health Infrastructure.

In December 2020 I concluded an incredible 12-year chapter and I thought I should take a moment to share a few things about it, before I get lost in the next pages of my book.

About Me
I am never quite sure how best to tell the story of how I came to be at the leadership table in TSA but essentially it started with a backpack and a stint as the office receptionist. I answered the phones and stamped the mail for a fabulous 6 months before they asked if I would like to stay and learn to be a project manager. An unusual career step for a medical microbiologist with a passion for lab coats, but I liked these strange Aussie folks and had nothing to lose.

In my mad transition from lab coat to hard hat I discovered that [lesson #1] I didn’t need to know everything. I learnt enough to be dangerous and then surrounded myself with some very smart (and patient) people. My science degree taught me a critical thinking process that I still apply every day and growing up in a brilliant (and slightly odd) village in the north of England and working in the local pubs taught me how to manage incredibly complex stakeholders! These two skillsets set me in great stead in a project leadership environment.

About TSA
Probably the most important thing to tell you is that I absolutely loved working for the leaders of TSA – Michael Taylor, Andrew Wilson, Michael Doyle and Andrew Tompson. Like… I really, really like them. As well as the good bunch of people they’ve carefully selected to join them over the years. I think [lesson #2] working somewhere where you see and feel the leadership vision and have similar values, is critically important. At the same time, it was also a place where we could challenge each other and my opinions were considered even when I was squawking from the bottom of the pecking order.

In 2017 they sold a major ownership stake in TSA and I was lucky enough to be along for that journey. They were adamant that a new partner must be able to maintain the culture they had worked so hard to build, as well as continue to provide great opportunities for employees. The successful suitor (I may have been watching too much Bridgerton), Livingbridge, proved to be a very collaborative investor that respected their expertise but also added significant value to support the next stage of growth. As they now approach a subsequent liquidity event, TSA looks and feels like a much bigger organisation (around 450 employees from 35 when I started there) but its vision and values remain the same. Also the same are the type of people at the helm (though now pleasingly with some amazing women in the mix) and the principles by which they make their decisions, which I am sure is the key to their success.

In my late 20s I was the only person under 40 in the leadership team and over time I learned to be confident in myself and know I was bringing a different and positive perspective. They operated on the basis of Michael Doyle’s great mantra of [lesson #3] ‘if you’re good enough, you’re old enough’ and this faith and open attitude helped me build enough confidence to accept new challenges and know I could succeed.

12 years is a long stint for a Gen-Y but one of the rather brilliant things about working in consultancy is the solid foundation you maintain at your mothership whilst going out into the world to learn all kinds of new things in different interesting places. I changed things up every couple of years and mixed between projects and operational roles based in the TSA office and in client offices, to create variety whilst still having underlying stability and support from TSA when I needed it. One very important thing I learned here was to [lesson #4] always return to the mothership for drinks. I appreciate not everyone is as partial to a chardonnay (judge away) as myself but you understand the concept…and tea will do. I kept my TSA relationships running through coffee and wine catchups even when I was out of the office for years at a time. I really think this is fundamental because [lesson #5] you’ll never be in the right place at the right time if you’re never in the right place.

I like to think I leave a footprint on the business and have led some great change within TSA over the years. I helped to shape many of the people and culture initiatives in the early days and led the charge in increasing engagement with staff as the scale of the business grew. I drove (like pushed irritatingly hard and didn’t give up) the successful shift to activity-based-working in Sydney, as well as (vaguely) normalised the concept of pumping breast milk during a working day; paving the way for several hero mothers who have followed.

About me again
In turn, TSA has been a family to me and shaped my life as I now know it. In fact, I wouldn’t have stayed in Australia without such a great opportunity and the day I said yes to sticking around after my reception gig was one of the best decisions I’ve made. I’ve had 12 fabulous years and it just feels like the right time for me to bid farewell and to try something different.

Since December I’ve been enjoying some quality time and sunshine with family and our two-year old (such a fun age) and taking a bit of time out to plan and prepare for my next venture.

A very teary and heartfelt thanks for the good times and thanks to all of the amazing men and women who have supported and believed in me. 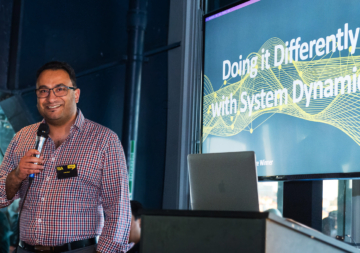 John Nasr shares his learnings on systems thinking from MIT 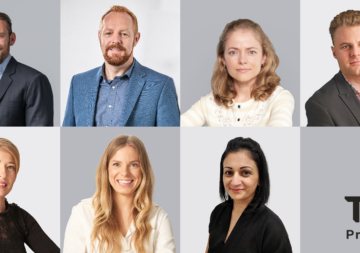 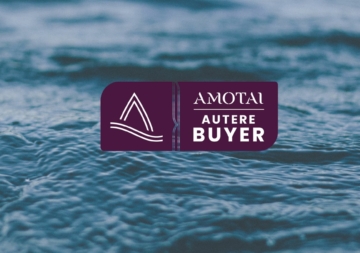